One would think you’d have to go pretty far to find a drive even more stunning than Chapman’s Peak, but in fact you only need head around thirty miles east. Here one finds Clarence Drive, less exotically known as the R44 by locals. This road follows the spectacular thirty mile stretch of coast between Gordon’s Bay and Kleinmond along what is known as False Bay.

Though the road itself, at around five hundred feet at its crest, is not as high as Chapman’s Peak, Amalfi’s Strada Statale or Highway One on the Big Sur, it is the sheer scale of the mountains above the road which immediately arrests the senses. At one stage a single spur of mountains over ten miles in length is visible – from Hangklip, ‘The Hanging Rock’, through to Kogelberg which is over four thousand feet in height. Like Chapman’s peak, but unlike the other mountainous drives featured on this list, the mountains do not ascend in relatively gradual steps, but instead reach their full height uninterruptedly in sheer cliffs. The visual effect of this wall of rock above the road is astonishing.

While driving below this wall, one can view the Cape Peninsula which terminates in Cape Point thirty miles to the West across the bay. The area is naturally pristine, with nothing along the most spectacular section of the coast save for a camping ground and tidal pool on a stunning two mile white sand beach that glows golden at sunset. The whole coast belongs to the Kogelberg Biosphere reserve, a part of the Cape Floral Kingdom which is the most species dense of all the world’s Plant Kingdoms. With about one thousand six hundred plant species found in barely ten square miles, the area Clarens Drive passes through contains a floral diversity per unit area that is greater than anywhere else on the planet. The area is also home to a vast array of wildlife including Cape Leopards, African Weasels, African Wild Cats, Caracals (African Lynxes), Small and Large-Spotted Genets, Cape Foxes, Aardwolfs, Baboons, Cape Clawless Otters, Water Mongooses, Small and Large Grey Mongooses, Striped Polecats, Honey Badgers, Porcupines, Rock Hyraxes, Red Rock Rabbits, Cape and Scrub Hares, Klipspringers, Cape Grysboks, Common Duikers, Grey Rhebucks, and even Bushbucks.   The drive is the beginning of ‘The Whale Coast’, which is generally regarded as the best place in the world to view whales from shore.

The sight of the giant cetaceans in the vivid blue, aquamarine and green colored waters, below the towering cliffs and mountains and with the profusion of Proteas, Ericas and other plant species that flank the road, make Clarens Drive a nonpareil. Its beauty even exceeds that of its stunning and more famous sister drive, Chapman’s Peak and Peninsula.

for all Properties for sale 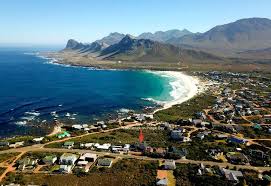 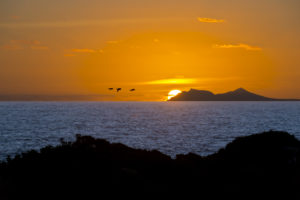